What is in a (Sur)name

Reading an article by an eminent professor, I was moved by his statement early in my reading: “But in the process, the system also acquired undesirable traits like untouchability. ” In my mind I had some reactions against the apparent connotation of the statement, but further into text I found that he rejected this as a hypothesis based on his experiences of growing up in rural Punjab. He talked about how people of different castes maintained some distinctions and at the same time rejected several unstated regulations/ beliefs to coexist in harmony even while this period was close to partition (years around 1947).

Indeed, the notion of caste is not simple: In case of Hindu caste system, it is the plethora of multi-layered, alien, untutored, self-aggrandizing view-points carelessly (maybe, with deep design) promoted, which turned it into such a monstrosity that by the time I entered teens in early ’70s I had decided to shun it altogether. I toyed with the idea of discarding the second half of my name, that typically in India indicates the caste (in reality it is a far deeper classification) of a person. I had read that upper-caste people had abused and exploited people belonging to lower ones. In my immediate experience there was no apparent example of that; but it might have been true at a certain period. And in atonement, the least I could do was to discard the privilege (if any—I did not know for certain) that my ‘Sir’-name would indicate. I did (and despite everything, still do now) believe in the whole world being a single family without any difference in status. So, to live free of any weighted signifier, ought to be the course for a Citizen of the World. How could anyone aspire to be less?

From that teen idealism (perhaps the most powerful) grew several unconventional acts. One of which was giving my son an identifier (with no inkling to caste) that would make him unique in the world. Google search proves that today when he has crossed his teens, my belief still holds.

The funny part is that I have been made to look foolish because of this act. I requested the officer issuing his passport in India and he assured me that I may well leave the Surname blank, entering the two parts in his Firstname. U.S. regulations also accepted this as F.N.U. — First name Unknown. But beyond that no one is sensitive to the issue. He missed an assistant-ship because between different computer systems his name did not match (one using First part as Surname, the other vice-versa). All his life he will be caught in unraveling the muddle various offices keep creating —  sadly in a country where this was least expected. I know of many people in India with two name-bits (none signifying caste) Saurabh Pankaj, Reeta Madhav, Sohan Bharatiya etc. who are not hassled because of this. 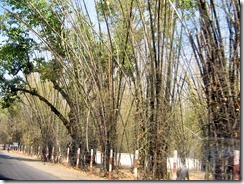 Few bend, some straight as pride

The lesson I learnt is that one should not try to change the course of history without understanding in full. If as an impressionable idealistic child I had not ingrained anti-caste ideas, I might not have committed such a folly. It is not your name but your action that counts — at least in an egalitarian society. And India is truly egalitarian today in this sense. The hospitality industry and along with it, almost all others would not have boomed, if Indians stuck to caste-based untouchability. Sad to say that while sixties and early seventies were devoted to national integration trying to tide up real problems — linguistic division of states, sharing of resources etc. — the evil eighties granted this near-dead abstraction a new lease of life by turning it into a political reality. It was a response to global racialism —  our Indian home-grown version, of fine vintage.
It exists solely because of reservation policy contained within our constitution (again out of best intentions) — some castes are included, some are not. Indian academics should clearly measure out how much benefit people of a certain caste have actually enjoyed because of reservation. Initially, it was getting government jobs; but the current economy rewards people in private sector and in truly positive caste-insensitive way, based on profitability. An upper-caste well-educated boy is often rejected because he can not deliver to match a rustic performer from other caste. In a way, this is fair play and if brawn happens to be in greater demand than brain, it is a case of natural selection. A large part of people provided for by this clause have in reality lead their lives in poverty and misery having received little direct assistance. It is the economic polarization that is responsible for their dire status and not the manifestation of individual frustration misread as expression of caste-based aggression. The sole reason this tainted abstraction is still alive, is that politicians want localized power by fracturing the society.

(#) In US some states insist on teaching Christian theory of Genesis (to counter-act the Darwinian theory of evolution). Is either theory a candidate for rigmarole — they are diametrically opposed!

Often people evaluate an idea from a set of circumstances purportedly brought about by the the idea. The caste-system that we rightfully denounce as being responsible for unpleasant contemporary truth, is not the original design at all. It is like condemning the fruit from its present rotten state, without ever tasting a fresh banana. In India, Jaati was a scientific term along with Varna. Based on what might seem as rigmarole(#) to us now, it nurtured the Ashram system of coordinating individual life harmoniously with the social and political in a placid life-order. The only distinction acceptable were academic in nature: Ih-lok and par-lok, aatma and parmaatma, pap or punya, satya or mthya, dharmik or adharmik. The last brought members of all Varna-s at par: if they were true to their life-style, they were equally Dharmik.(*)

(*) Narad proud of his devotion was disappointed to learn that a butcher was considered the greatest devotee by Lord himself. Vishnu then sent him on a tour of the universe with a bowl full of oil and the warning that not a single drop should be spilled. On reaching back Narad confessed that concentrating on the bowl, he had not remembered Lord even once. Vishnu playfully indicated that while he is at work of killing animals, the butcher constantly recited Lord’s name. [Doing one’s karma in ‘nishkam’ manner is true ‘dharma’. Can anyone today appreciate the subtle finesse of the idea of performance without attachment, when you have to constantly give self-appraisals thus becoming an accountant of your slightest actions?]

If the creators of this whole false, flawed system, the Brahmins were selfish, power-mongers why did they allocate power to Kshatriya, riches to Vaishya, providing themselves to collect Bhiksha from five houses once a day and sanctified the practice of fasting (having to go through it every so often)?

The degeneration set in where Karma associated with any Jati took a backseat and privileges began to be commanded as birth-right (literally so, having taken birth within a particular caste). Further the genetic specialty (if you happen to believe in rigmarole referred above) could not have survived with distinction as races intermingled. Quite likely then, the static people located in center proclaimed, that the fringe or border residents no longer carry the noble seed. Hence, even with a caste, further classification was required.

Sad truth is as 21-May (the DoomsDay) believers recently celebrated the day to be beginning of end of the world, it emphasized that a world order had really ended with last century/ millennium, and if you agree with Ray Kurzweil, distinction between man and machine would vanish by 2045. The debate about Caste-system of India comes centuries after Kabir and other Bhakti period saint-poets had announced its demise. We can never rise to such exalted system of distinction-creation any time in future soon. The current attempts stem from immediate profitability — Stores cater to different segments with distinct Brand names: Banana Republic for the fashionable rich, Gap for middle classes and Old Navy for poor bargain-hunters; at the same time distinctions within same economic strata are done away with — everyone wears the same T-shirt, color being the only chance at distinction. Even that is kept same on special occasion — to celebrate the spirit of being universally the same (consumer). 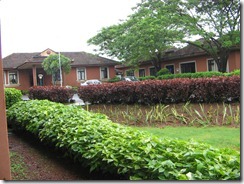 What wonderful age would that have been when Girdhar (alas, no clear links to this great Indian poet) found that “Gun ke gahak sahas nar” (Thousand of seekers for quality), “bin gun lahe na koye” (None would cherish that lacks merit). Today, in the age of Zuckerberg Social-engineering, it is not your own sense of recognition or ability to evaluate that counts, but what your group of friends seem to be hankering after. As follower of your peer group you might go seek (buy) a thousand times something that is “bin gun” (worthless). Poetry, however lives on, with a little change.

Last week CVS had organized a “free” health checkup ‘sponsored’ by Novartis. I was shocked to read this:
“Exforge can significantly lower high blood pressure in blacks and African Americans.” (From their folder printed in USA 3/11 EXR-1045804)

The two subtle suggestions are: ( Not whites! they do not need this medicine…. probably they are being warned off this medicine, else they have a different metabolic system)

Secondly: Blacks (whatever they may connote) are Blacks and not African-Americans, who have come far from the shared root and due to their immediate past are different from non-American Blacks; not that distant though – same medicine works on. Here is an infographic displaying expenditure made by phamaceuticals under various heads.

Who says Caste-system and racialism are things of past? I did. Novartis proved me wrong. Granted the modern world of profit does not share the philosophy and traditions that a race or caste might hold sacred; also, that living under umbrella of a globalized world the rough edges of certain practices should not prick others. Why is that for mere material gain we bring to life a hollow version of an outdated idea. If we wish to be ideal optimists, let us never admit any difference; as realists it would do well to recognize the uniqueness without the question of superiority, power, revenge or profit. Till we practice such self-control the greed driven distinction would continue to create differentiating labels. We shall never be rid of caste – the self-seeking evil within.

It is said that words profane an idea. As our restricted technological advance commits us to human communication through imperfect linguistic expression, we conduct ourselves thus. It is this elasticity of language that accounts for greater use of fuzzy logic in all human affairs. So while most people use this phrase to describe a process in which the direction of brain-drain changes, I use it as an appeal to change the nature of such a drain.

It all began with quantification of human being. For some time, it seemed a good thing as historically, human being had been treated as less than that. But while in the past, it was a product of instinct-based more-barbaric-than-civilized society; in the twentieth century it was a conscious act to place human-beings at certain pre-conceived levels. More than anything else, this century can be adjudged as being consumed with the process of evaluating man. For the first time in his history, man had focused his eyes away from gods and heavens towards his own tiny but real existence.