“Every thing that tends to insulate the individual, –to surround him with barriers of natural respect, so that each man shall feel the world is his, and man shall treat with man as a sovereign state with a sovereign state;–tends to true union as well as greatness.” R.W. Emerson, American Scholar

One of the by-products of industrialization was standardization. Advent of technology empowered business, following standardization, focused on ‘product’ as unit of their affairs. Soon, evaluation of human beings as human resources brought them down to same inanimate level of products.

In all other avenues, it is the research, technology and finance that matters. People working there are merely support functionaries. It is in health and education that they truly turn into products. Naturally, you would like to enhance the quality of  toaster, car, teacher and doctor. So, you bring in reforms, ever so often, to keep pace with fashion. 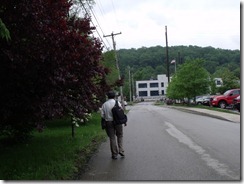 No time to stand and stare...

With health reform, there is infrastructure, multiple industries so nurses and doctors are pushed to fringe. In case of education reform, with publication syndicates representing industry, full thrust is upon the human part – the teacher. Early on, several disciplines (psychology and then management) provided the much needed ingress to a rock solid academia. Soon a new discipline of Education started spanning its wings. It did help, so long its genuine understanding of the activity appealed to contributors to provide teachers with ample material. Over the time, losing objectivity, the suggestions stemmed out with burden of its own pedagogy.

It did not matter to ask whether education would enlighten mind, brighten spirits through a particular course of action. So, long as it served as a tool to narrow the focus of young minds in desired direction, it was enough. With the change in premise, it was easy to design the delivery system to a T. The reform deliberates either the area of focus or the manner of delivery.

The present reform in U.S. ponders over what kind of coaching system should be enforced to get the desired end-product. So the National Center on Education and the Economy, a think tank funded mostly by large corporations and their affiliated foundations observes that the country is no longer able to ‘build’ better teachers. With their study of teaching practices in countries like Finland, China and Canada — where educators devote greater time in preparing and have  significant autonomy in how to teach – the likely policy would be to import coaching of that time.

Random_michael comments on an article by Kevin Drum:

I’m a college professor and my wife is a grade-school teacher, so I am painfully familiar with the abysmal state of education in the U.S. Unfortunately, one of the main culprits is the system of teacher training. Simply put, schools of ed suck. Almost universally.
The reasons are complex, but a big one is, ironically, the concept of teacher training itself. Schools of ed are staffed by faculty who get tenure by publishing research. So there is a powerful incentive to generate what is ultimately specious evidence for this or that pedagogical method. This is how you get published, attract funding, get raises and promotions, etc. But it has nothing to do with turning out better teachers. Just the reverse: inculcating each crop of students with the latest breakthrough in teaching multiplication only harms classroom instruction. No wonder some of the worst teachers are those who teach teachers, as my wife can attest.
Things have gotten so bad that we no longer know what counts as a good education or effective instruction. Hence the proliferation of tests that serve to kick this basic problem down the road by marshaling “experts” who devise measurements of narrowly defined “facts” and “skills.” Meanwhile, we worship at the altar of “freedom” and “self-esteem” while in fact depriving kids of genuine foundations for both.

It leads to an examination of our starting premises. In a democracy, the end is Man. Questions, Thoreau, “Can there not be a government in which the majorities do not virtually decide right and wrong, but conscience?” This ‘conscience’ which is prime currency of democratic ideal, does it find any representation in course of modern human existence? It is only in young, untainted minds that seeds of conscience strengthen the stem of purposeful existence. Only when inquiry is goaded and guided by it, that result would benefit individual and the world alike.  It needs a person who may without ambiguity seem to be an embodiment of truth to teach the truth:

It is not that we lacked any resources to point us in the right direction; we prefer to look elsewhere than in our own hearts – where the answer lies.  The renaissance of  this continent began with the warning: to stop looking elsewhere and rely on what we have. Building a teacher can never be the aim; nurturing future citizens could be. Individuals build their community, society, nation. Let them be individuals who are conscientious, responsible, honest and giving: you will have a strong nation.  Bernard Shaw might appear to be elitist, but he pointed merely the direct relationship between  treatment and growth:

the difference between a lady and a flower girl is not how she behaves, but how she’s treated. Pygmalion

Make the profession of teaching as that of builders ( not of human beings but of society and life-view) where a teacher feels responsible, is allowed to act conscionably, unburdened to give freely and you will have such a society.

“Henry David Thoreau: On the Duty of Civil Disobedience.” Index. Web. 31 May 2011. http://www.constitution.org/civ/civildis.htm.

Being vital for any civilized society, education often is taken for granted. But occasionally the busy wheels of life stop for a moment to notice those who serve equally as they stand and wait. It is heartening whenever that happens.

Such an occasion was the 10th annual EduGala held at Algonquin College where along with others, Carleton professors Leighann Neilson and H. Masud Taj were presented with Capital Educator Awards on Thursday evening from the Ottawa-Carleton Learning Foundation (OCLF), which facilitates dialogue and action to support public education in the community – from Kindergarten to PhD.

Leighann Neilson has been an assistant professor of marketing in the Sprott School of Business since 2006. Neilson designs her courses in keeping with her philosophy that learning, especially in undergraduate courses, “doesn’t have to hurt.” Students say her sense of humour is one of the things they most enjoy in her class. Neilson believes in integrating teaching and research, frequently bringing insights from her research in not-for-profit marketing or the Canadian wine industry into the classroom.

H. Masud Taj is an adjunct professor at Carleton. He conducts design studios at the Azrieli School of Architecture and Urbanism and lectures on Muslim civilizations at the Centre for Initiatives in Education.  Both his studios and his lectures are premised on “alterity” − to know ourselves, we need to know the other. He is the director of Transnational Architectural Journeys with projects in India where he delivered the keynote at the 2ndInternational Conference of Islamic Art and Architecture. As an architect, he was mentored by the Egyptian visionary Hasan Fathy, and as a calligrapher, by Italic master David Hosbrough.

His poetry is archived in the University’s Special Collection.

The award ceremony can be viewed here.

Teaching is a futuristic activity that never loses sight of past. It is considered to be and often appears, a profession but teaching is a call. As the saying goes some instruct, others inform but the best inspire. It is in the dreams of their students that teachers live. One of the awardees, Taj  represented the spirit of eternal teacher in his acceptance speech.

I am pleased to win the Capital Educators Award. To those who nominated me: thank you for your trust. All finalists here and my colleagues at Azreili School of Architecture and Urbanism are dedicated teachers in their own ways and many more deserving than I. Hence I accept the award on their behalf.

In my forthcoming book of poems, Alphabestiary (with exegesis by Dr Bruce Meyer) the Grasshopper says:

On to my frame of reference,

Your thighs will bulge

The world the way I do,

Take a leap of faith,

I thank my family for their insights and my parents for their faith in us (my sisters too are teachers). Parents faith in their children remain unshaken: they told me I was going to win the award and that I should read out their greetings to all the teachers assembled here. So here is the message from my 86 year old parents:

Prophet Muhammad (may peace and blessings be upon him) said : “God, His angels and all those in heavens and on earth, even ants in their hills and fish in the water call down blessings on those who teach others beneficial knowledge.

Knowledge is its own reward, teaching, own joy.